From the beginning of 1952, air raid shelters were being designed in newly erected buildings in Nowa Huta, whereas first structures were constructed in 1953. One of the first was the shelter in an office building in C-32 neighbourhood (currently Zgody neighbourhood) where the District People’s Council had its office (currently City Office of the city of Krakow, os. Zgody 2). Between 1953 and 1960, nearly 250 shelters were developed. They were located mainly under residential buildings, while in the following years single structures emerged on the area of workplaces only.

The shelter spots in Nowa Huta depend on the time of construction of particular neighbourhoods. No shelters were built in the oldest ones – A-0 (Na Skarpie) and A-1 (Wandy), construction of which began in 1949, B-2 (Sportowe), C-2 North (Krakowiaków), C-2 South (Górali), and C-1 (Teatralne), started in 1950, and A-West (Ogrodowe) started in 1951. The only exceptions are buildings that emerged in following years to complete the development of the area (e.g. Świt cinema and the People’s Theatre in Teatralne neighbourhood or the Stefan Żeromski Hospital in Na Skarpie neighbourhood) or such whose construction fell behind schedule and their designs were adjusted to the Territorial Air Defence regulations. 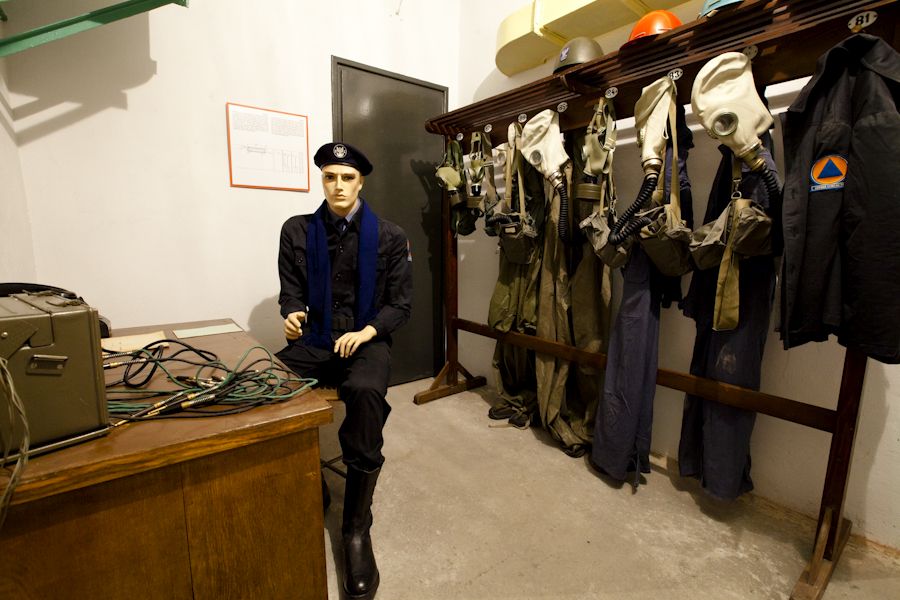 Since 1952, when the construction of C-32 neighbourhood (Zgody) started, through the erection of housing developments along aleja Róż (Avenue of Roses) and around plac Centralny (Central Square), to the construction of D-1 (Spółdzielcze) and D-2 (Kolorowe) neighbourhoods, that took off towards the end of the 50s, buildings’ cellars were being equipped with shelters. However, buildings of small cubic capacity, just as those located in A-25 (Młodości) neighbourhood or some in D-2 (Kolorowe), were exceptions, yet allowed in the Territorial Air Defence regulations.

In shelters located under residential buildings, the shelter rooms were divided from one another with partition walls into storage areas. Only the filtering fan room and toilets were separated. Should danger occur, a self-defence group was supposed to prepare the shelter within three days to meet technical requirements (demolish walls, supply missing equipment). Some buildings from the turn of the 50s and 60s in D-1 (Spółdzielcze) and D-2 (Kolorowe) neighbourhoods were provided with shelters resistant to some effects of nuclear weapon, in line with the new Territorial Air Defence regulations.

In residential buildings erected after 1959, shelters were not constructed, which, however, did not finish preparing protective areas in Nowa Huta. In line with the new guidelines, spots for potential air-raid trenches were being reserved. According to plans of 1963, on the area of residential neighbourhoods constructed at the first stage of extending Nowa Huta, 400 spots for air-raid trenches were indicated. Each of them was supposed to serve as a temporary shelter to 50 people. In 1969-1979, detailed plans were prepared to modernise over forty shelters, consisting primarily in improving their resistance to the effects of a nuclear attack. Most structures selected to be reconstructed were located in neighbourhoods Centrum A, Centrum B and Szkolne, as well as in Centrum C, Centrum D, Stalowe and Handlowe. 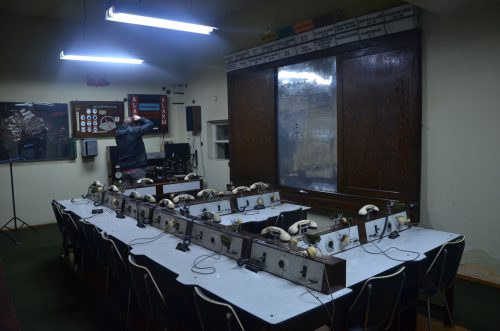